How Can the Toronto Condo Market Promote the Growth of Real Estate in GTA? ✔️

Home/Blog/How Can the Toronto Condo Market Promote the Growth of Real Estate in GTA? ✔️
Previous Next

How Can the Toronto Condo Market Promote the Growth of Real Estate in GTA? ✔️

Considered to be the most culturally diverse city in the world, Toronto hosts approximately 5.5 million people, according to a 2016 estimate. Because of Canada’s growing economy and the country’s favorable policies for the immigrants, there has been a drastic increase in the number of people moving here.

As more people find their way towards Toronto, the real estate market is going through a boom. In December 2018, the average home price in Toronto was $788,345 which was 3.5% higher as compared to last year.Even Toronto’s condo market had been a story of rising rents, increased prices, and limited supply in the market.

Unfortunately, the number of buyers in the market has decreased because of such high prices. The first-time buyers are being completely shut out as preconstruction condos in Toronto are set to surpass $1,000 per square foot. This year appears to be a ray of hope for the otherwise bleak future of the real estate where prices were high and buyers were non-existent.

The increased supply of preconstruction condo in Toronto has increased the prices and rents with the average rent rising by 9.3%. Even the construction prices are going high because of steady development in the GTA area. But with affordable presales condos, the new buyers can surely think of owning a property in this area.

There is an inverse relation between rent and the levels of condo completion. The sooner the condos are completed and available to be purchased or rented, the higher will be the cost or the rent.

But a large number of condo buildings are already complete. Because of this increased supply in recent years, it is expected that the prices will be balanced in 2019.As the dramatic price hike will normalize, the odds of real estate conditions being improved will be high.

A Shift Towards Mid-Rise Development

During 2017, the trend was for high-rise buildings consisting of single-bed or studio apartments to suit the needs of individuals or couples. With more families moving to the area, it was a necessity to meet their demands and thus, the low-cost studio apartment lost its charm.

The developers are keeping the interests of the investors and buyers high. After realizing the strong demand for mid-rise condos and larger, family-friendly units, such neighborhoods are being constructed outside the downtown area. As they are a bit farther from the city, the price automatically comes down.

Because of the increased number of options and more condos available to the buyers, it is estimated that Condos in Toronto and GTA and average rents will come down to suit the affordability of the citizens of GTA. 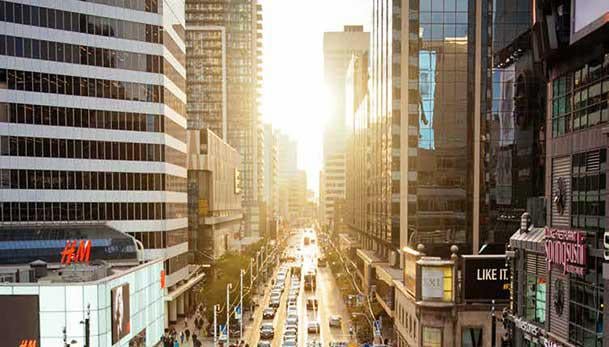 About the Author: Toronto Condo Expert