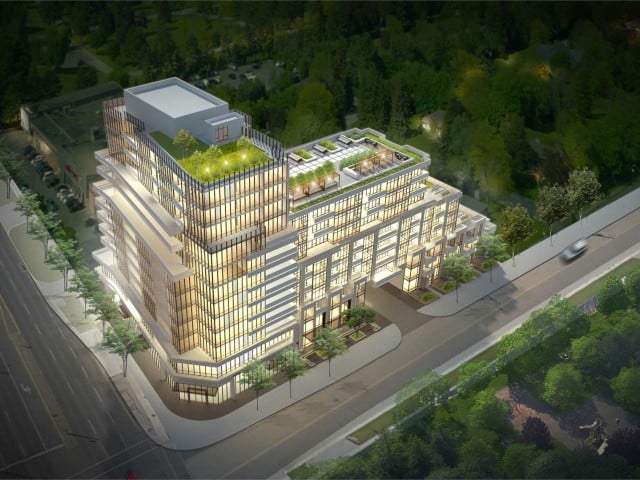 1. Highway Access – Residents of 8188 Yonge Condos will have easy access to Highway 407, which allows for seamless travel throughout the GTA and connections to other major thoroughfares in the area, including Highway 7 and 404. Driving into downtown Toronto along the Don Valley Parkway will take motorists only 30 minutes.

2. Transit Options – Living right on Yonge Street allows residents of 8188 Yonge Condos the convenience of accessing York Region Transit services just steps away from home. Buses in the area connect to the Langstaff GO station, Finch subway station, and other GTA municipalities. Commuters can easily travel into downtown Toronto in under an hour. The government has also announced funding for the Yonge Subway Extension which will see six new stations be built into Markham, Vaughan, and Richmond Hill.

3. Green Space – There are several prestigious golf courses surrounding 8188 Yonge Condos including the Uplands Golf and Ski Club, The Thornhill Club, and Ladies Golf Club of Toronto. The area is also rich in natural green space for residents to enjoy including Royal Orchard Park and Hunter’s Point Wildlife Park.

4. Lifestyle Amenities – Yonge Street offers residents of 8188 Yonge Condos plenty of lifestyle amenities just steps away from the front door, including a variety of dining options. Located just a short drive to the North are plenty of big box stores and entertainment options and located a short drive to the South is Centrepoint Mall offering residents over 140 stores, restaurants, and services.

5. Educational Institutions – With several reputable elementary and secondary schools located within the vicinity of 8188 Yonge Condos, it would make the perfect place for young and growing families to call home.

Amenities
Close to major highways, golf clubs and amenities, this project brings modern living to a convenient and connected part of the GTA.

Details about the exact unit mix are forthcoming, but we’re expecting to see thoroughly modern suites at 8188 Yonge Street, with expansive windows, open-concept layouts and a selection of designer-picked, luxury fixtures and finishes for you to choose from.
Both indoor and outdoor amenities will be included, including a fitness centre, party facilities and a series of outdoor terraces.

Location & Neighbourhood
New condos in Vaughan, present a dynamic opportunity to be part of a thriving and growing hub in the heart of the GTA. It’s estimated that the city has 11,000 business enterprises, providing employment to 200,000 people, a number that is set to grow exponentially with the launch of the state-of-the-art Mackenzie Vaughan Hospital and some other exciting developments proposed for the region.

8188 Yonge Street Condo site is a 10-minute drive to the Vaughan Metropolitan Centre, the region’s new downtown core, which is arguably one of the province’s most-anticipated revitalizations. Once completed, it will boast over 440 acres of office towers, condominiums, parks, shops and hotels, connected by a series of cycling and pedestrian pathways. Vaughan’s new downtown will also be the terminus for the new extension of the TTC subway, marking the first time the subway has provided service outside of Toronto.

It’s estimated that the entire downtown transformation will provide space for 36,000 new employees and residents. If you like the idea of investing in a city primed for exponential growth, this is a great part of the GTA to invest in.

One reason we like this particular condo is that it’s also located on the border of Markham, which means it’s a short distance from some of that city’s exciting developments too. These include the launch of a brand-new York University campus and a massive urban development just a ten-minute drive east.

Easy access to Highways 7, 407 and 400 makes this a great commuter’s location, whether you’re heading into downtown Toronto or elsewhere in the GTA.

It’s a great spot for recreation too, just minutes from The Thornhill Club, the Uplands Golf and Country Club and several expansive parks.

Vaughan's most sought after location