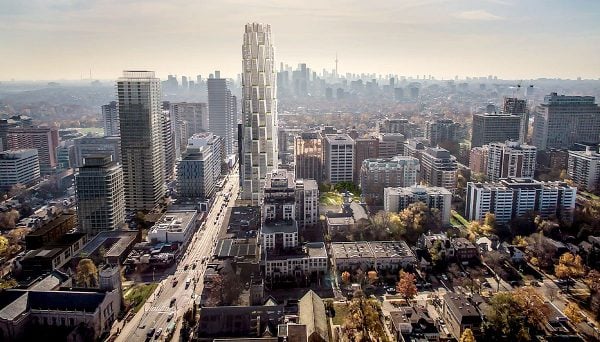 1 Delisle Avenue Condos, 48-storey, 168-metre condo tower proposed in the southwest corner of Yonge and Delisle streets. Designed by Studio Gang with WZMH Architects, the project is part of Slate's ambitious vision for the Yonge-St. Clair area, as it owns 10 properties around the busy intersection and is looking to transform it with a holistic approach to building and street design. 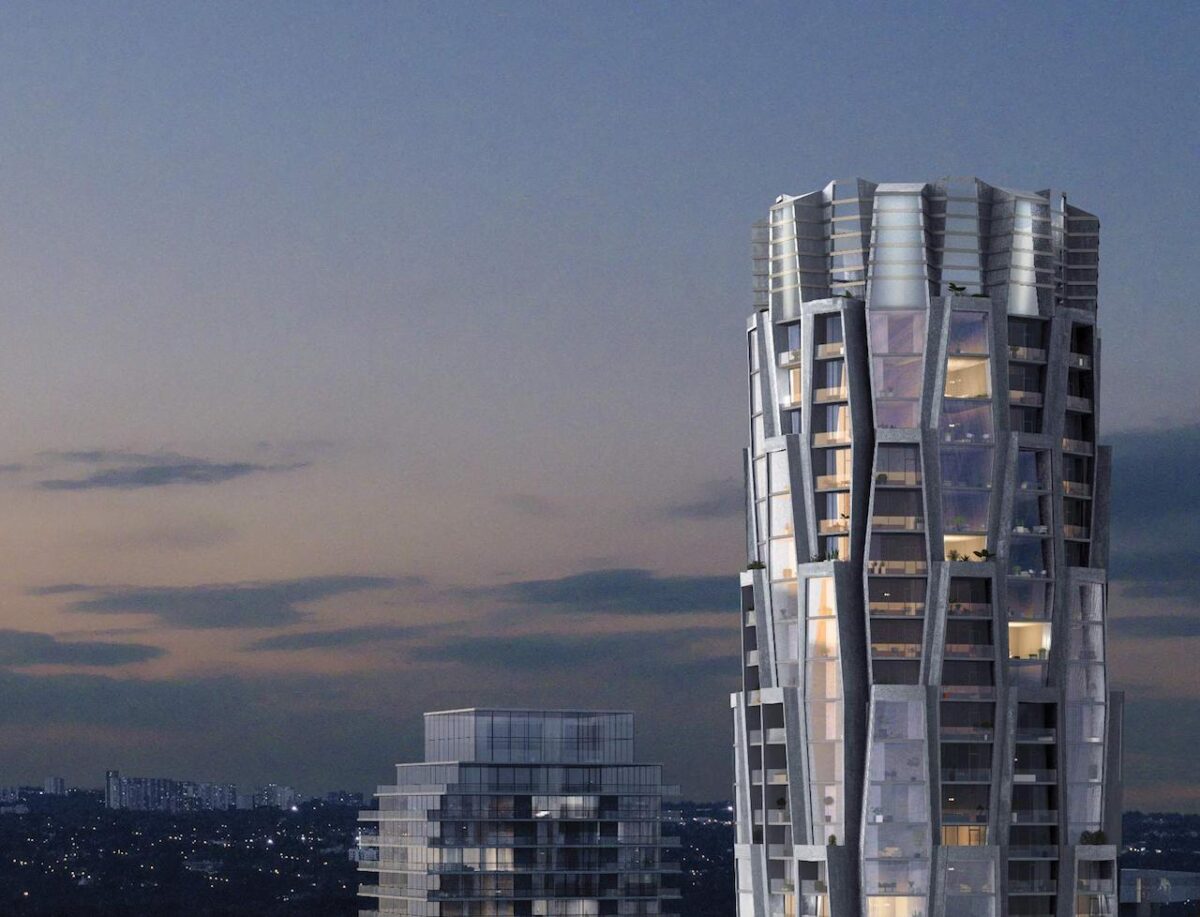 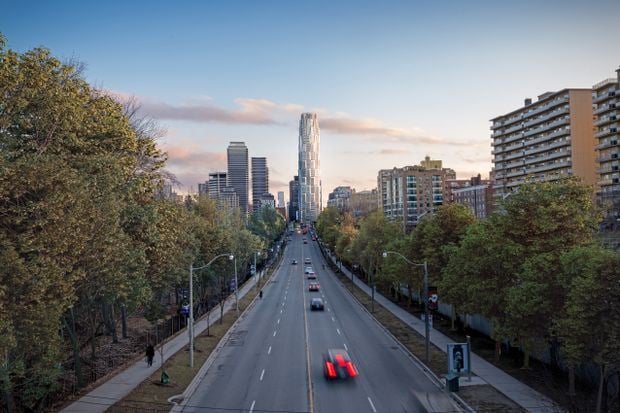 1 Delisle Avenue Condos contain 263 residential units, with retail located in the two-storey podium.
The tower’s tessellated glass exterior will be dotted with tons of green terraces and will feature ample retail space on its ground floor.

World-renowned American architect Jeanne Gang has been retained by Slate Asset Management to design her first building in Canada at the southwest corner of Yonge Street and Delisle Avenue in midtown Toronto. The goal of the project is twofold – first to bring broad-based urban improvements to the Yonge + St. Clair community and second to reinvent the way we think about high-rise living.

Top 5 Reasons to Live at One Delisle Condos

1. Transit – Residents of One Delisle Condos are steps away from streetcar and bus routes, including 24-hour services, allowing for seamless travel throughout the city at any time of day. St. Clair subway station is a 4 minute walk away and riders can commute into union station in just 21 minutes.

2. Amenities – The intersection of Yonge Street and St. Clair Avenue is a bustling and vibrant neighbourhood within midtown Toronto and offers residents of One Delisle Condos plenty of amenities within walking distance of home. Daily errands at the grocery store, bank, or pharmacy can all be done on foot. The area also offers a wide range of dining, shopping, and entertainment options for all ages to enjoy.

3. Greenspace – Midtown Toronto definitely does not lack green space. Residents of One Delisle Condos will be able to enjoy the serenity of nearby parks including David A. Balfour Park, a beautiful lush green park with scenic trails, ravines, and a reservoir.

4. Prestigious Schools – The area surrounding One Delisle Condos is the perfect place for young and growing families to call home. The area is rich in educational options and extracurricular activities for children of all ages, including Montessori, private schools, arts and culture, and sports options.

Situated close to public transportation and neighbourhood amenities, this transit-oriented project is set to provide the best in urban contemporary lifestyles, offering no end to practicality and convenience. Also to crown it all off, this condominium will be built with sustainability in mind; from a tapered top that reduces its shadow impact upon the surrounding vicinity to its enclosed balcony space designed to be used year round, this building’s harmonious design works to help incorporate it into its surrounding environment. 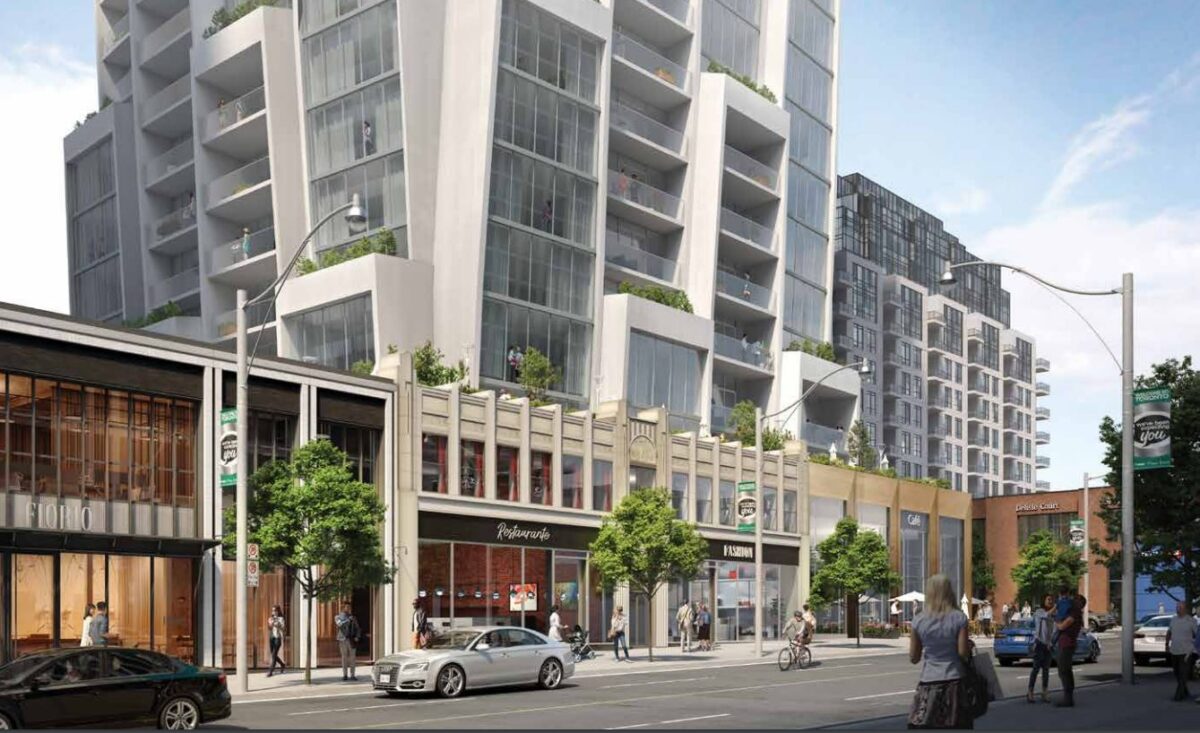 With the announcement of this watershed development, the intersection of St. Clair and Yonge looks to reclaim much of the fame it was known for in the 70’s and 80’s. Previously a focal point for luxury retailers, Deer Park neighbourhood’s busiest crossroads remains an important transportation and commercial area for this affluent neighbourhood. As it stands today, Yonge and St. Clair is a walkable neighbourhood with many local conveniences, a fact reflected by its sterling Walk Score of 93 that signifies daily errands at this location do not require a car.

Here, residents can find a number of retail shops and services that include a Loblaws grocery store, a pharmacy, a Home Hardware, and a local branch of the Toronto Public Library. As well as hosting a number of fine dining establishments, the intersection is also home to fitness facilities such as GoodLife Fitness Centre, Moksha Yoga studio, and The Badminton and Racquet Club of Toronto.

As one of the city’s most desirable neighbourhoods, Deer Park contains top educational facilities such as the Junior and Senior School campuses of the York School as well as the Deer Park Junior and Senior Public School. As well, local parks located in the vicinity include Lawton Parkette and David A Balfour Park, an expansive midtown park that is home to the Rosehill Reservoir and the training grounds for the Toronto Dingos, one of Toronto’s Aussie Rules Football teams. 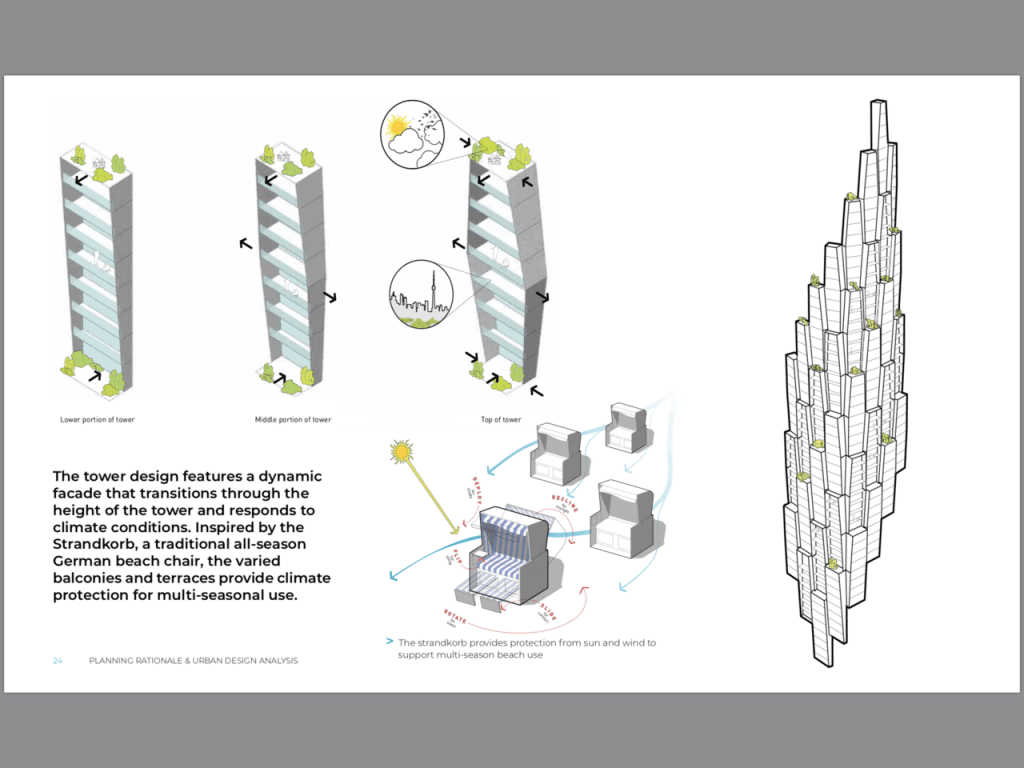 Besides the ground level retail space, this development looks to offer several improvements that can be enjoyed by the community at large. Set to be expanded by 50 percent, the adjoining Delisle Street Parkette will be redesigned by landscaping architectural firm Janet Rosenberg + Studio; as well, this development will create a new pedestrian passageway through the block and introduce a public art installation to the site.

As well, this project intends to pursue sustainability and resilience, measured through efficient design and exploration of a block-wide district energy system, culminating in efforts that aim to exceed Tier 2 of Toronto Green Standards.

As one of the city’s most desirable neighbourhoods, Deer Park contains top educational facilities such as the Junior and Senior School campuses of the York School as well as the Deer Park Junior and Senior Public School. As well, local parks located in the vicinity include Lawton Parkette and David A Balfour Park, an expansive midtown park that is home to the Rosehill Reservoir and the training grounds for the Toronto Dingos, one of Toronto’s Aussie Rules Football teams.

As a transit-oriented development, this condo provide easy access to a number of nearby public transportation options. The next-door St. Clair TTC Station gives residents easy access to the Line 1 subway, allowing for commutes to Union Station in just 17 minutes. Conversely, locals can make easy crosstown trips using the St. Clair streetcar that reach St. Clair West Station in just 10 minutes. And, with the nearby Line 5 Eglinton LRT line set to begin operating in 2021, its easy to see why this neighbourhood has been awarded a tremendous Transit Score of 87.

And, with other real estate developments coming to this distinguished intersection, it looks as though St. Clair and Yonge is poised to reclaim its standing as one of the city’s premier intersections. 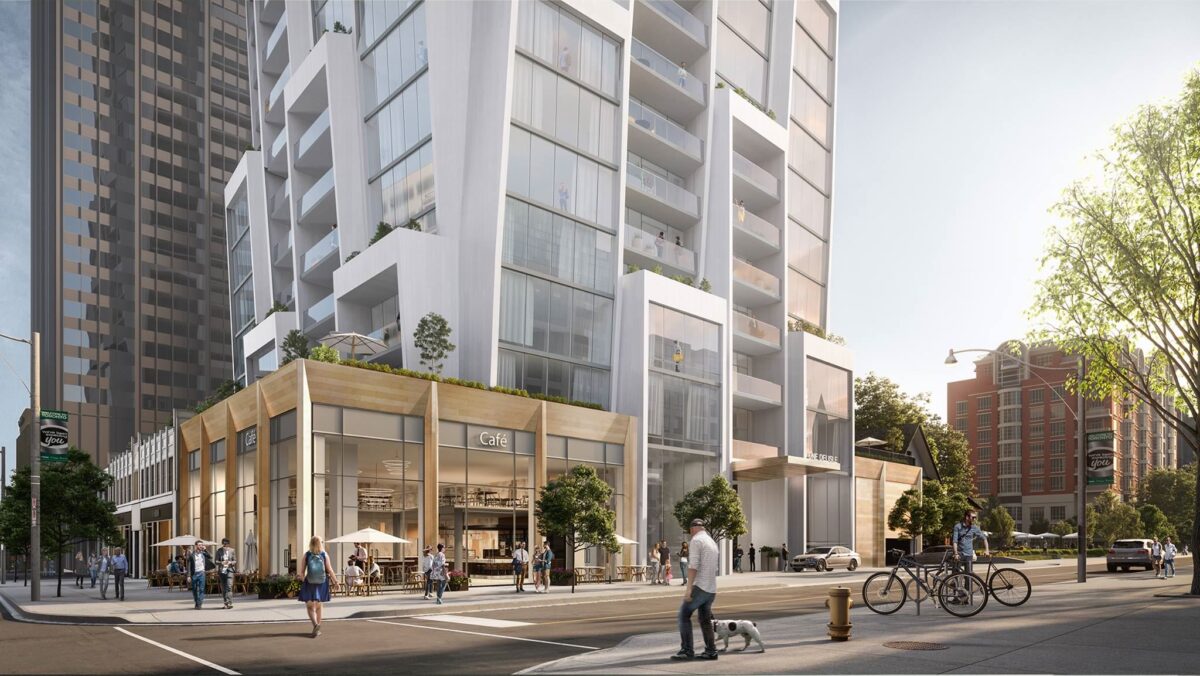 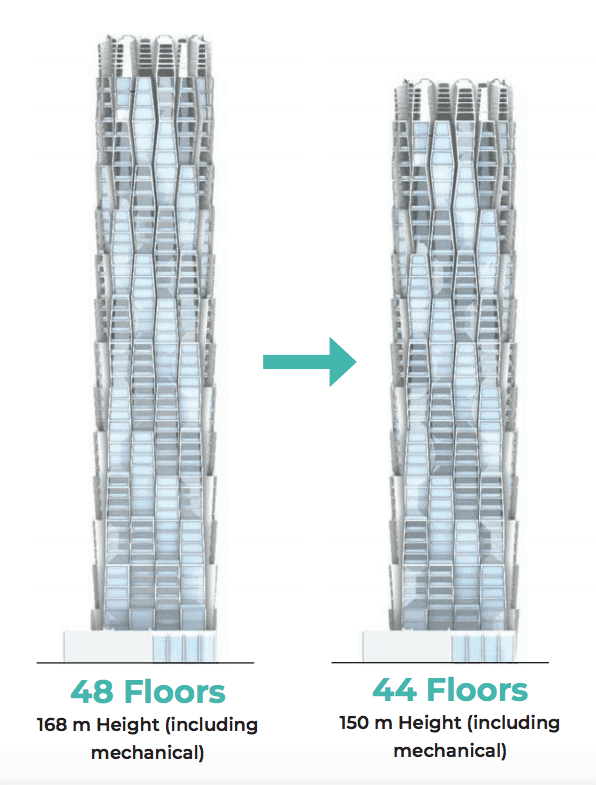 Report for Action from the city