The core downtown Toronto area is bounded by Don Valley Parkway on the east Bathurst Street on the west, the Bloor Street on the north, and the lake Ontario on the south. You can pretty much see where central downtown is just by the density. It is essentially defined by the U shape subway line.

There are six key components that attract people and draw more demands into downtown Toronto.

The hospital district draws all the best doctors and medical staff to downtown Toronto. 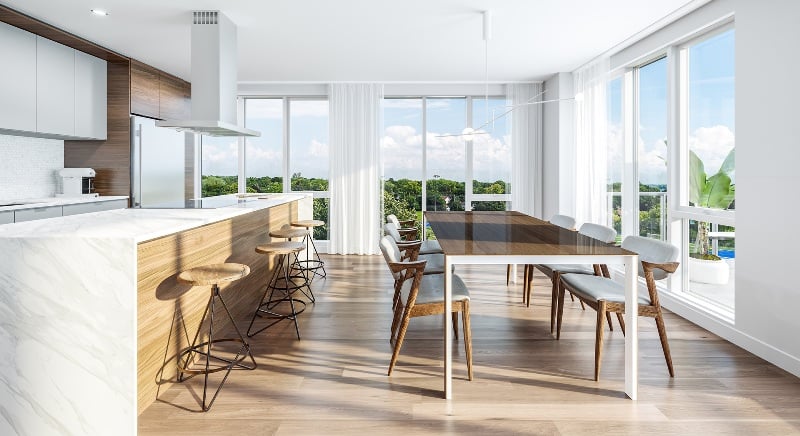 So these are the six key components in Condo market in downtown Toronto. Now, let’s talk about pricing. Anything along, and within the U shape subway is going to be expensive in today’s market, July 2020, the one bedroom unit will be around, $700,000, if you want to invest in this central area, you would most likely need to look for a resale unit, since there’s not much land available for new developments. On the north side of the U shape Subway, there is a small, but the most luxurious neighborhood in downtown Toronto, Yorkville. This is where you find the most expensive brand name shops, $500 per person sushi restaurant, The Four Seasons Hotel, and so on. That is also where you find a million dollars in one bedroom unit.
The most modern neighborhood closest to the U is the entertainment district. There were lots of new developments in this area over the past decade. It is right next to the financial district, and the tech district. So, the value in this area has gone up to almost the same level as within the U around $700,000 for a one bedroom unit. New developments may still become available in this area, but they will be quite rare. If you move further west to the city place, you will find one bedroom units below, $650,000.

Buying a Pre-Construction Condos in Toronto

What about future potentials? The greatest growth potential in downtown Toronto in the next 10 to 20 years will be on the east side of downtown. They are two areas I would recommend investing into:

1) Number one neighborhoods with the greatest growth potential in downtown Toronto: the South financial core.

We saw that the financial district, north of Union Station, is already jammed packed with no space left. Therefore, the plan is to go south, and that east along the waterfront expansion to the south has already started 10 years ago. And you can see the area is already filled up with new office and residential towers. There are numerous ongoing developments along the East Bay front. So, in a few years, the aerial view of the area is going to look completely different. The government has a 25 year plan to develop the 190 acre piece of land from Quayside to the Port Lands.

It is expected to create 40,000 new residences and 40,000 new jobs. As a result, anything along the East Bay front around the Distillery District and St Lawrence market area will be of great potential in the longer term.

2) Number two neighborhoods with the greatest growth potential in downtown Toronto is along Dundas Street East.
On the east end of Dundas, we have to Regent Park revitalization, which started around 15 years ago, and it is already proven to be a huge success.

What about in between the Eaton center and Regent Park. Many developments have started around church and Dundas, as well as Jarvis and Dundas, eight years ago. It’s not hard to imagine the growth potential as they are just five to 10 minutes away from the Eaton center.

It will probably take another 10 years for the neighborhoods around these two intersections, to be fully revitalized. So, I would consider any opportunities around those two areas to be good opportunities because they are the closest to Yonge and Dundas

About the Author: Toronto Condo Expert